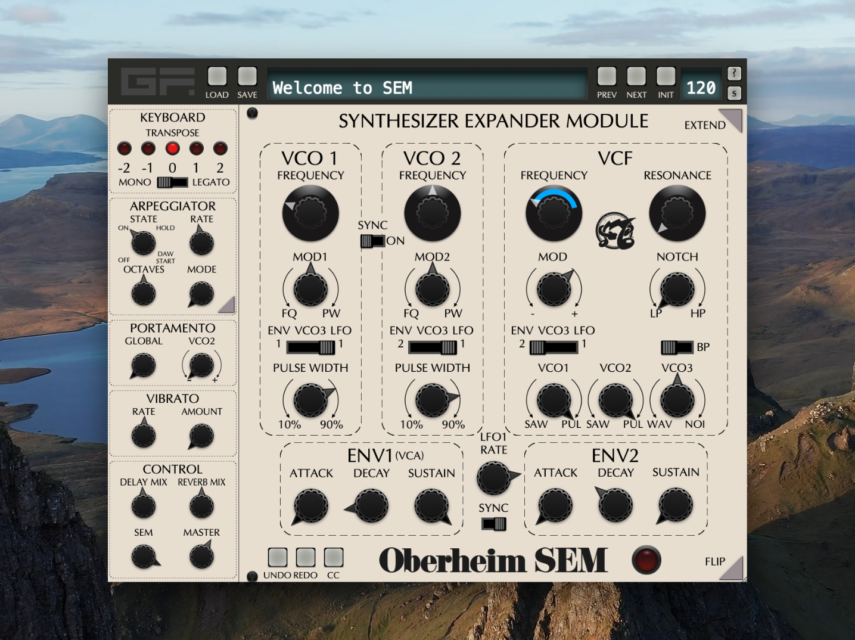 It’s so good to hear something that’s dear to my heart done properly in software.

London, 7.7.22 – Tom Oberheim and GForce Software present GForce Oberheim SEM. When Tom Oberheim created the first Oberheim® Synthesizer Expander Module (model SEM-1) in 1974, he had one goal – to make a synth that sounded great, whilst being extremely simple to use. In the decades since the release of this iconic synth, it’s been used by countless legendary musicians, making the SEM one of the most revered synthesizers of all time.

As well as painstakingly recreating the huge, unmistakable sound of the SEM, the GForce Oberheim SEM also recreates the ethos of the original – a simple monophonic synth that allows you to shape incredible sounds in an instant. And with Tom Oberheim’s seal of approval, you can be confident in its authenticity. Add to this more than 400+ categorised presets, and inspiration is just moments away.

MADE IN COLLABORATION WITH OBERHEIM

When we first worked with Tom Oberheim and Marcus Ryle (an Oberheim engineer during the 80s) to create the GForce Oberheim OB-E® v2, they felt that there were no software emulations of the SEM that accurately recreated the sound and the ethos of the original monophonic SEM. We decided to change that, and under the close guidance of Tom and Marcus, we developed the GForce Oberheim SEM to ensure an experience that is truly authentic to the original instrument.

The beauty of the SEM lies in its combination of great sound and simple to use architecture. That’s why, since its release in 1974, the SEM has remained highly coveted and musically relevant. Over four decades later, we’re beyond thrilled to release our software version with Tom Oberheim’s full blessing, collaboration and endorsement

ENHANCED WHERE IT MATTERS

While staying true to the original SEM, we also added a number of enhancements to make the GForce Oberheim SEM even more useful for modern music production. Alongside a new VCO3, which doubles as an audio rate LFO for additional modulation and FM possibilities, the SEM now has tempo-syncable LFOs and a host of performance controls via velocity and aftertouch. We’ve also integrated a fun, fast arpeggiator & sequencer, and added a stereo delay and a beautifully lush reverb to sonically compliment your sounds.

Finally, we’ve included 400+ factory presets designed by Dave Spiers, Graeme Rawson and Tom Wolfe, each created to demonstrate the incredible sonic character of the SEM. Every preset has been tagged, categorised and is quickly accessible from the preset browser. The SEM even integrates with the GForce Oberheim OB-E, allowing you to load your SEM presets in either device. This enables you to quickly sketch out your sounds in the SEM, and then make them polyphonic in an instant.

The GForce SEM manages to be both simple to use, and yet diverse. It has been a continual source of inspiration for me, and the depth and quality of the sound have kept my creativity flowing whenever I sit down to use it.