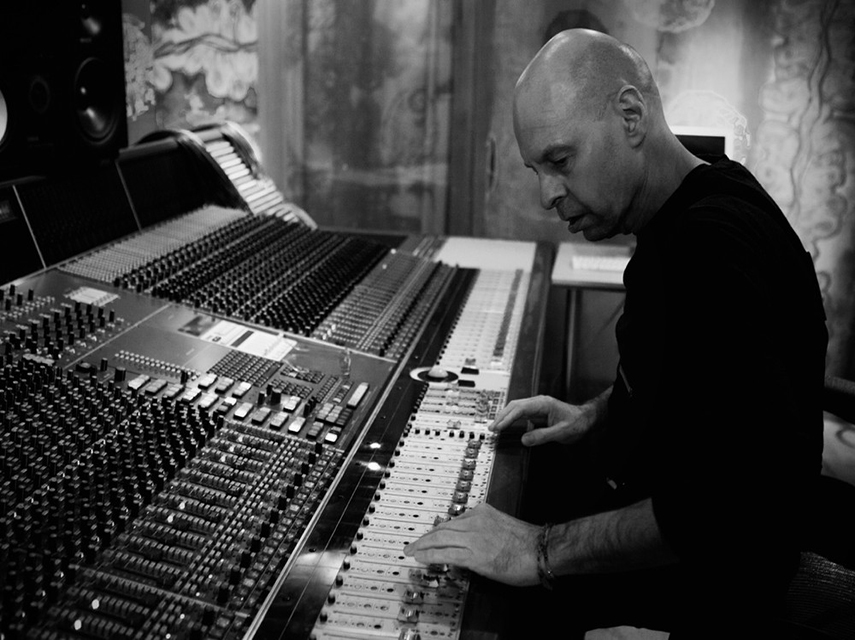 Gareth Jones has worked with some of the finest and most cutting edge acts of the last 30 years including Depeche Mode, Nick Cave, Garbage, Vince Clarke and Wire. He also now works with the finest software: the GForce range!

It’s fair to say that Gareth Jones likes the sound of a good synthesizer. While he might have worked with Embrace and several other top guitar bands, his CV is littered with some of the finest synthesizer users of the past 30 years. Since recording and mixing John Foxx’s groundbreaking album Metamatic, back in 1980, Gareth has worked on records by Nitzer Ebb, Fad Gadget, Depeche Mode (several albums and singles), Wire, Vince Clarke and Erasure.

“I was interested in synthesizers from 1968 or 1969 when I first heard Switched on Bach,” explains Gareth. “It really blew my mind. I was already in love with the music of Bach (the Cello Suites Paul Tortelier and the Art of Fugue Lionel Rogg). Here was another dimension though, so thank you Walter/Wendy.”

Despite (or maybe even because of!) having worked with most of the original hardware synths over the years, Gareth has totally embraced today’s software emulations and software technology.

“I am very software orientated,” he says. “I now have an amazing multitrack recording studio in a laptop and have had for a few years. This has changed everything. But I believe it is the ideas that count, the people involved, not the technology. I am a digital fan so I am excited to see this proliferation of digital technology including soft synths and virtual instruments.”

I was interested in synthesizers from 1968 or 1969 when I first heard Switched on Bach, It really blew my mind.

And after hearing G-Force’s M-Tron, Gareth was suitably impressed to get the rest of the company’s synth range.

“I use The Oddity, M-Tron and the miniMonsta,” he says. “And I’m just getting to grips with the impOSCar.”

If anyone should know how these synths compare to the originals, it has to be Gareth. But he prefers to look at them as instruments in their own right, rather than comparing them to the hardware versions…

So can Gareth reveal any projects on which we can hear the G-Force synths in action?

“I use the synths all over the place,” he admits. “The new Erasure LP that we’ll be making this year will be full of G-Force synths!”

And what would he like to see G-Force produce in the future?

“Some more unusual synths,” he replies. “A Kobol? A Synclavier?”

And finally, which of the many projects that he has worked on over the last 35 years is Gareth most proud of?

“I love all my babies and I have learnt many different things from each of them. I have simply walked a path and been fortunate to have met some great people along the way. The journey has been a lot of fun so far.”