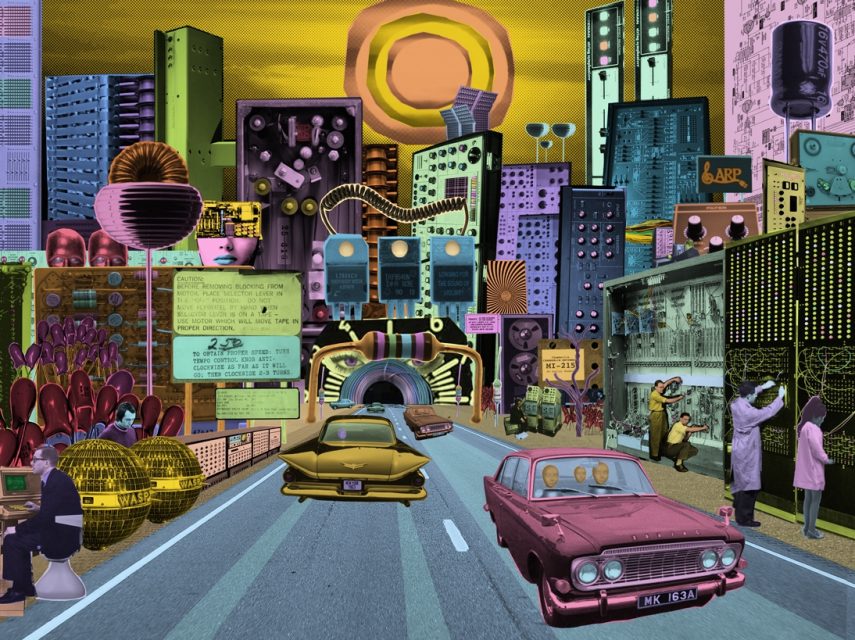 February, 2021
At a time when so many are separated, this is our way of pulling us together by bringing these great human stories to the fore. Exploring the narratives behind these early companies and their instruments, the film delves into the passion of these engineers each driven to design instruments matching their sonic vision in much the same way as any artist or musician is driven to create.

We are excited to make the previously paid-for documentary available
FREE OF CHARGE in four separate installments over the next two weeks (see full schedule below).

“Bright Sparks isn’t just another tribute to analogue synths; it’s perhaps the most successful project yet to persuade the sometimes shy and always modest pioneers of the 60s and 70s to tell the human stories behind the electronics.”
Sound On Sound – Read the full review.

“An engrossing and fascinating documentary that pays tribute to the modest but amazing innovators who changed the face of electronic music.”
Vince Clarke

“Electronic Music has been around for long enough to deserve its own historians and archaeologists. Dave Spiers is right at the top of the list: this loving and exhaustive study sets a new standard in instrument research, unravelling the tangled webs that lead to innovations.”
Brian Eno

“A fascinating look into the minds of the people who create the instruments that inspire me every day.”
Tom Rowlands (Chemical Brothers)

“Embellished with mouth-watering images and an effervescent soundtrack, Bright Sparks delivers fascinating on-camera chats with pioneers behind various vintage synthesizers and electronic instruments. It reveals much I previously didn’t know.”
Mark Vail (Author of Vintage Synthesizers, The Hammond Organ: Beauty in the B, andÂ The Synthesizer)

“This is pure Heaven for synth-geeks like me! The sections on the backstage stories of the British synth companies were especially illuminating and have rarely if ever been covered before. Must-viewing for hardcore electronic music fans!”
Eric Persing (Spectrasonics)

“A fine historical document for machines that made history and more importantly, the men who
invented them.”
Paul Hartnol (Orbital)

“This documentary shows not only that the geeks will inherit the earth, they’ll also provide the tools for an excellent new soundtrack. As Underworld’s Rick Smith states in the film, ‘Good things come out of a good heart that’s obsessed.’ Here’s the proof.”
Richard Norris (The Grid, Beyond The Wizard’s Sleeve)

“A brilliant documentary of what could be seen as one of the most important times in our instrument history.”
Andy Jones (Senior Editor MusicTech Magazine)

“Bright Sparks is an audio-visual time-capsule which documents the development of the Electronic Synthesiser. By highlighting some of the most important inventions from this vast area of study, it succeeds in its purpose with great style, humour, and a meticulous attention to detail, both historical and technical. A unique resource presenting a project of immense value and historic resonance, not only for the technologically-minded musical community, but for anyone interested in how the Future of Music got started.”
Bruce Woolley (Grace Jones, Radio Science Orchestra)